Is it absolutely true

that a goal MUST be written down in order to be effective or viable or even worth making?

Goals are stars to steer by, not sticks to beat yourself with.

I have a goal that I'm working on right now, but I've been in the stick business for so long (think Personal Progress, very first goals) and this goal is so important to me that it's probably more of a prayer.

I think there's a hierarchy of goals based on how much of your heart it demands. Some, like a 'to do' list, may demand very little. This goal of mine (and, no, I'm NOT going to write it down despite the suspense it may be causing some of you ;) is demanding a LOT from my heart. Other goals may be somewhere in between those two. Whether or not it requires a written evidence of the goal, depends on a person's ability to keep that goal demanding what they want it to from their heart.

So, if anyone has a goal that you feel loathe to write down. Don't! Especially if it helps you look up enough that you can't find your stick! 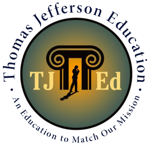